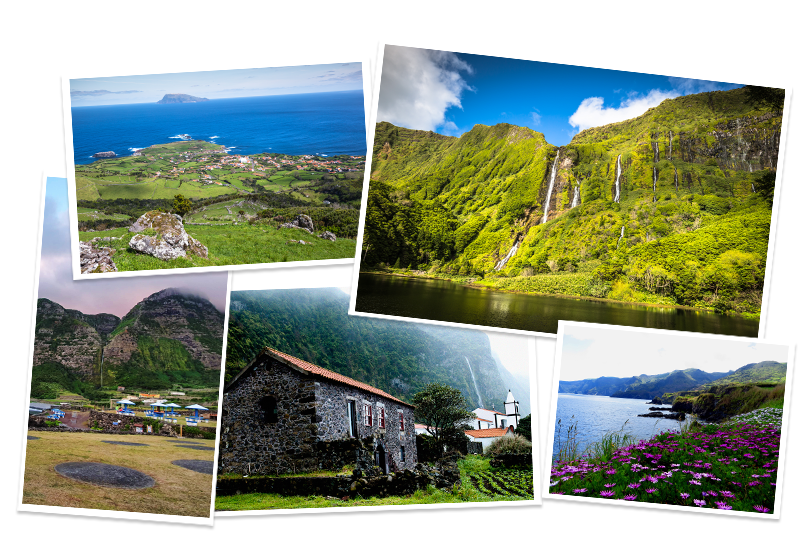 The island of Flores is located in the Western Group of the Azores archipelago , on the North American Plate, being the largest of the islands that make up that group. It occupies an area of ​​141.7 km², mostly consisting of mountainous terrain, characterized by large ravines and gigantic cliffs. The highest point on the island is Morro Alto, at an altitude of 914 meters. The resident population is 3,793 inhabitants (2011), spread over the municipalities of Santa Cruz and Lajes das Flores . It is the westernmost point of Portugal (on Ilhéu de Monchique ) and often regarded as the westernmost point of Europe(if considered part of Europe, even if based on the North American Plate ). It is one of the most beautiful in the archipelago, covered with thousands of blue hydrangeas , which divide the fields along the roads, on the banks of streams and lakes.